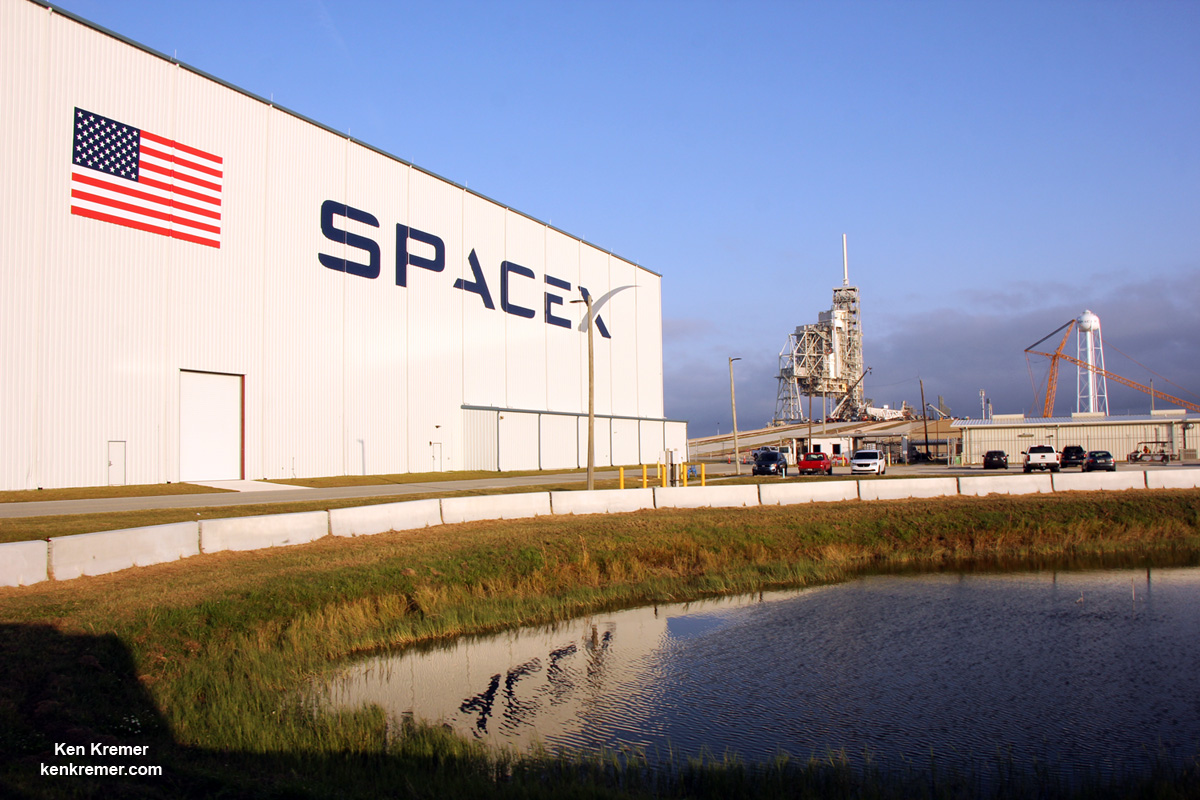 SpaceX crews are renovating Launch Complex 39A at the Kennedy Space Center for launches of commercial and human rated Falcon 9 rockets as well as the Falcon Heavy, as seen here during Dec 2016 with construction of a dedicated new transporter/erector. New rocket processing hangar sits at left. Credit: Ken Kremer/kenkremer.com

KENNEDY SPACE CENTER, FL – With liftoff tentatively penciled in for mid-February, SpaceX still awaits FAA approval of a launch license for what will be the firms first Falcon 9 rocket to launch from historic pad 39A at the Kennedy Space Center – on a critical NASA mission to resupply the space station – the Federal Aviation Administration (FAA) confirmed today to Universe Today.

“The FAA is working closely with SpaceX to ensure the activity described in the application meets all applicable regulations for a launch license,” FAA spokesman Hank Price confirmed to Universe Today.

As of today, Feb. 7, SpaceX has not yet received “a license determination” from the FAA – as launch vehicle, launch pad and payload preparations continue moving forward for blastoff of the NASA contracted flight to carry science experiments and supplies to the International Space Station (ISS) aboard a SpaceX cargo Dragon atop an upgraded SpaceX Falcon 9 rocket from Launch Complex 39A on the Florida Space Coast.

“The FAA will continue to work with SpaceX to provide a license determination in a timely manner,” Price told me.

SpaceX currently has license applications pending with the FAA for both the NASA cargo launch and pad 39A. No commercial launch can take place without FAA approval. 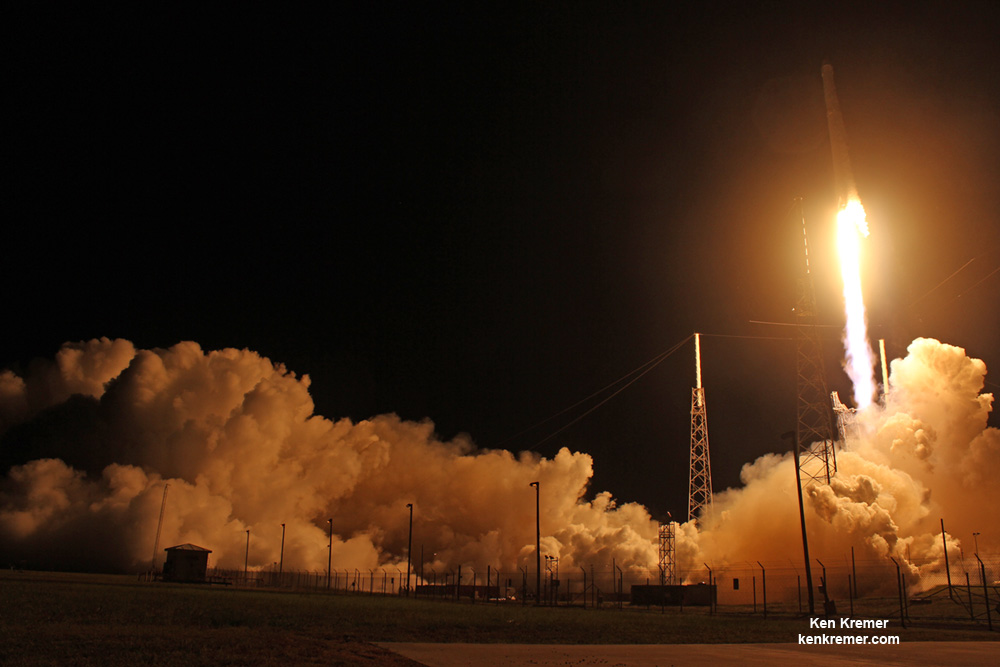 The goal of the 22-story tall SpaceX Falcon 9 is to carry an unmanned Dragon cargo freighter for the NASA customer on the CRS-10 resupply mission to the International Space Station (ISS).

SpaceX, founded by billionaire CEO Elon Musk, leased Launch Complex 39A from NASA back in April 2014 and is modifying and modernizing the pad for unmanned and manned launches of the Falcon 9 as well as the Falcon Heavy.

The role of the FAA is to license commercial launches and protect the public.

“The FAA licenses commercial rocket launches and reentries to ensure the protection of public health and safety,” Price elaborated.

This FAA license situation is similar to that for last month’s Falcon 9 ‘Return to Flight’ launch from California, where the SpaceX approval was granted only days before liftoff.

Last week SpaceX announced a shuffled launch schedule, whereby the NASA cargo flight on the CRS-10 resupply mission was placed first in line for liftoff from pad 39A – ahead of a commercial EchoStar communications satellite.

The aerospace company said the payload switch would allow additional time was to complete all the extensive ground support work and pad testing required for repurposing seaside Launch Complex 39A from launching the NASA Space Shuttle to the SpaceX Falcon 9.

The inaugural Falcon 9 blastoff from pad 39A has slipped repeatedly from January into February 2017.

The unofficial most recently targeted ‘No Earlier Than’ NET date for CRS-10 has apparently slipped from NET Feb 14 to Feb 17.

CRS-10 counts as SpaceX’s tenth cargo flight to the ISS since 2012 under contract to NASA.

Further launch postponements are quite possible at any time and NASA is officially stating a goal of “NET mid-February” – but with no actual target date specified. 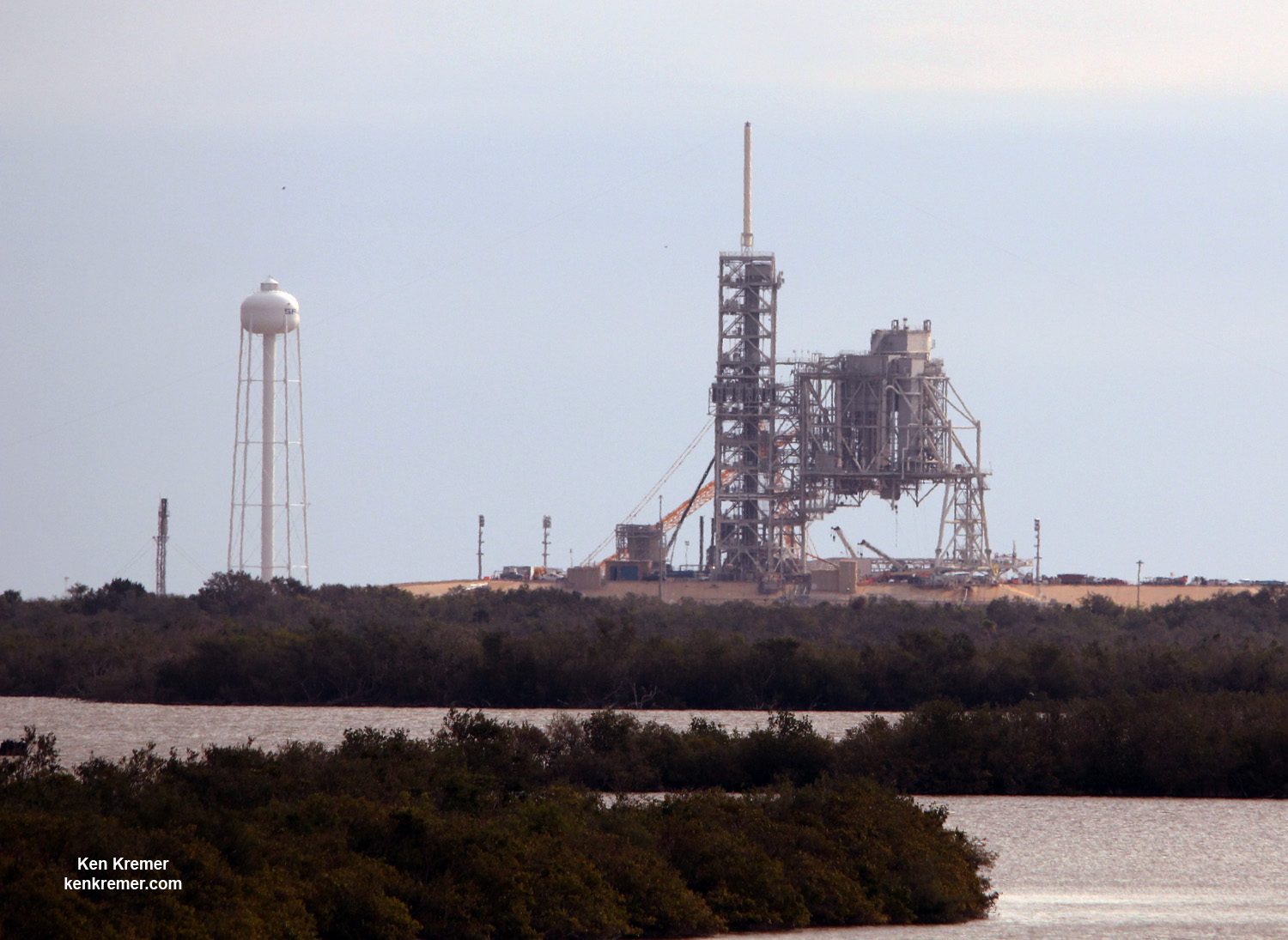 SpaceX is repurposing historic pad 39A at the Kennedy Space Center, Florida for launches of the Falcon 9 rocket. Ongoing pad preparation by work crews is seen in this current view taken on Jan. 27, 2017. Credit: Ken Kremer/kenkremer.com

Crews have been working long hours to transform and refurbish pad 39A and get it ready for Falcon 9 launches. Furthermore, a new newly built transporter erector launcher was seen raised at the pad multiple times in recent weeks. The transporter will move the rocket horizontally up the incline at the pad, and then erect it vertically for launch.

SpaceX was previously employing pad 40 on Cape Canaveral Air Force Station for Falcon 9 launches to the ISS as well as commercial launches.

But pad 40 suffered severe damage following the unexpected launch pad explosion on Sept 1, 2016 that completely destroyed a Falcon 9 and the $200 million Amos-6 commercial payload during a prelaunch fueling test.
Furthermore it is not known when pad 40 will be ready to resume launches.

Thus SpaceX has had to switch launch pads for near term future flights and press pad 39A into service much more urgently, and the refurbishing and repurposing work is not yet complete.

Pad 39A which has lain dormant for launches for nearly six years since Space Shuttle Atlantis launched on the final shuttle mission STS 135 in July 2011.

To date SpaceX has not rolled a Falcon 9 rocket to pad 39A, not raised it to launch position, not conducted a fueling exercise and not conducted a static fire test. All the fit checks with a real rocket remain to be run. 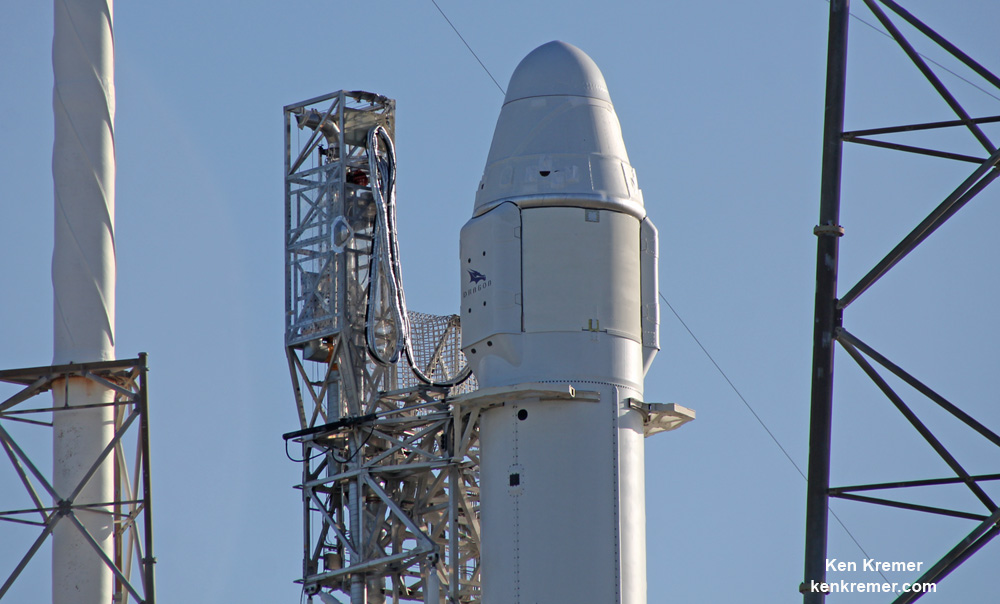 Once the pad is ready, SpaceX plans an aggressive launch schedule in 2017.

“The launch vehicles, Dragon, and the EchoStar satellite are all healthy and prepared for launch,” SpaceX stated.

The history making first use of a recycled Falcon 9 carrying the SES-10 communications satellite could follow as soon as March or April, if all goes well – as outlined here.