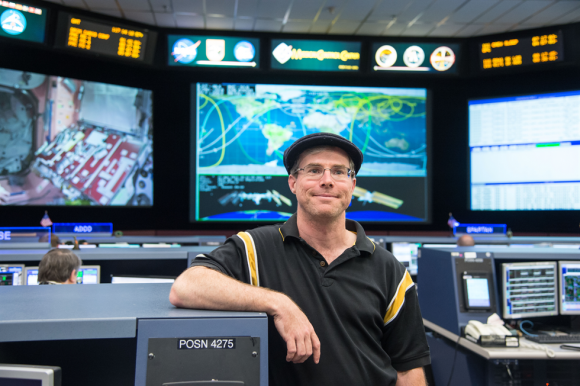 Author Andy Weir, who wrote the bestselling novel “The Martian” on which the successful 2015 movie of the same name was based, announced CBS is picking up his idea for a new pilot for a television show called “Mission Control.”

“For the past several months, I’ve been working on a TV show pilot, and I’m happy to announce that CBS is going to make it!” Weir posted on Facebook. “Of course, I’m all about scientific accuracy and this show will be no exception.”

Weir added (in what I assume was his best Tom Hanks), “Should be a hell of a show.”

The show will be a drama, with the main characters working as flight controllers at the Mission Control Center in Houston, and how they “juggle their personal and professional lives during a critical mission with no margin for error,” reported Deadline Hollywood.

Weir said casting for the actors is about to begin, but there is already “an impressive group of behind-the-camera people already involved,” he said. “Notably: [producer] Aditya Sood, whom I worked with before on “The Martian”.

Additionally, Simon Kinberg, another producer for the “The Martian,” will be the executive producer of the new series.

Weir was first hired as a programmer for a national laboratory at age fifteen then worked as a software engineer. But as a lifelong space nerd and a devoted hobbyist of subjects like relativistic physics, orbital mechanics, and the history of manned spaceflight, he wrote “The Martian” in his spare time. Weir originally self-published the novel in 2011, but it was so successful, the rights to it were purchased by Crown Publishing and it was re-released it in 2014. A film adaptation directed by Ridley Scott and starring Matt Damon, was released in October 2015.

“The Martian” is the story of astronaut Mark Watney, who becomes stranded alone on Mars in the year 2035, and does everything he can to survive.

Weir didn’t provide a timeline of when the show would air, but Keith Cowing at NASAWatch reported that NASA Public Affairs “has been approached by the show’s producers and they are waiting on a script for final consideration. At this point NASA has not committed to assist the producers, allow use of its logo, facilities, staff etc.”