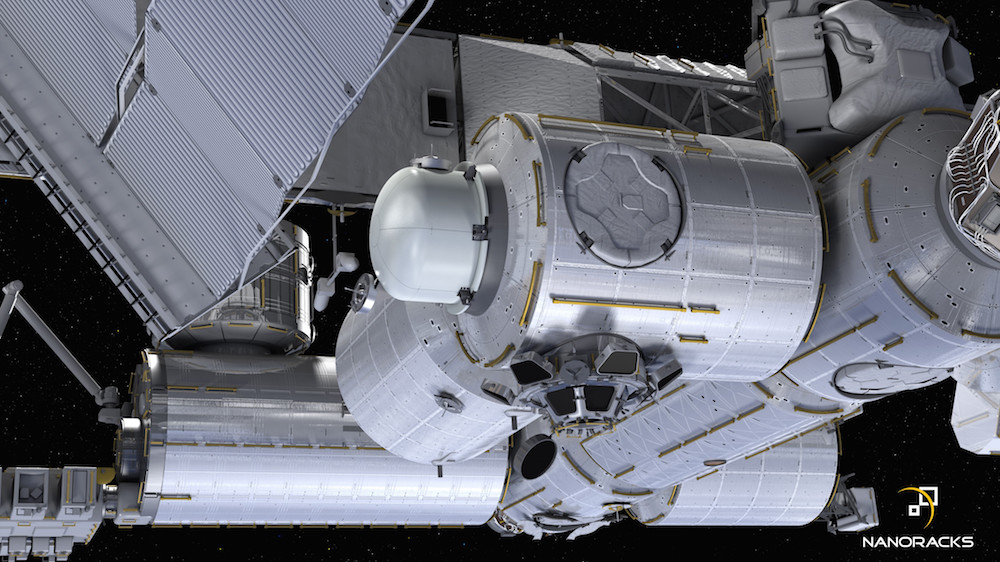 Artists concept of first commercially funded airlock on the space station being developed by NanoRacks that will launch on a commercial resupply mission in 2019. It will be installed on the station’s Tranquility module. Credits: NanoRacks

In a significant move towards further expansion of the International Space Station’s (ISS) burgeoning research and commercial space economy capabilities, NASA has approved the development of the first privately developed airlock and is targeting blastoff to the orbiting lab complex in two years.

Plans call for the commercial airlock to be launched on a commercial cargo vessel and installed on the U.S. segment of the ISS in 2019.

It enhances the US capability to place equipment and payloads outside and should triple the number of small satellites like CubeSats able to be deployed.

The privately funded commercial airlock is being developed by Nanoracks in partnership with Boeing, which is the prime contractor for the space station.

The airlock will be installed on an open port on the Tranquility module – that already is home to the seven windowed domed Cupola observation deck and the commercial BEAM expandable module built by Bigelow Aerospace.

“We want to utilize the space station to expose the commercial sector to new and novel uses of space, ultimately creating a new economy in low-Earth orbit for scientific research, technology development and human and cargo transportation,” said Sam Scimemi, director, ISS Division at NASA Headquarters in Washington, in a statement.

“We hope this new airlock will allow a diverse community to experiment and develop opportunities in space for the commercial sector.”

The airlock will launch aboard one of NASA’s commercial cargo suppliers in 2019. But the agency has not specified which contractor. The candidates include the SpaceX cargo Dragon, an enhanced ATK Cygnus or potentially the yet to fly SNC Dream Chaser.

Boeing will supply the airlock’s Passive Common Berthing Mechanism (CBM) hardware to connect it to the Tranquility module. 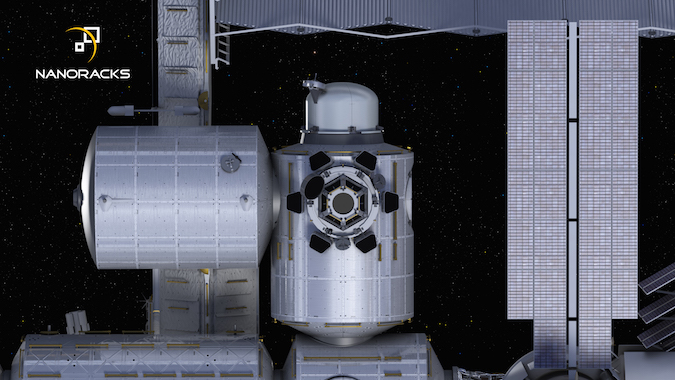 Artists concept of first commercially funded airlock on the space station being developed by NanoRacks that will launch on a commercial resupply mission in 2019. It will be installed on the station’s Tranquility module. Credits: NanoRacks

The airlock will beef up the capability of transferring equipment, payloads and deployable satellites from inside the ISS to outside, significantly increasing the utilization of ISS, says Boeing.

“The International Space Station allows NASA to conduct cutting-edge research and technology demonstrations for the next giant leap in human exploration and supports an emerging space economy in low-Earth orbit. Deployment of CubeSats and other small satellite payloads from the orbiting laboratory by commercial customers and NASA has increased in recent years. To support demand, NASA has accepted a proposal from NanoRacks to develop the first commercially funded airlock on the space station,” says NASA.

“The installation of NanoRacks’ commercial airlock will help us keep up with demand,” said Boeing International Space Station program manager Mark Mulqueen. “This is a big step in facilitating commercial business on the ISS.”

Right now the US uses the airlock on the Japanese Experiment Module (JEM) to place payloads on the stations exterior as well as for small satellite deployments. But the demand is outstripping the JEM’s availability.

The Nanoracks airlock will be larger and more robust to take up the slack.

NASA has stipulated that the Center for the Advancement of Science in Space (CASIS), NASA’s manager of the U.S. National Laboratory on the space station, will be responsible for coordinating all payload deployments from the commercial airlock – NASA and non NASA.

“We are entering a new chapter in the space station program where the private sector is taking on more responsibilities. We see this as only the beginning and are delighted to team with our friends at Boeing,” said Jeffrey Manber, CEO of NanoRacks. 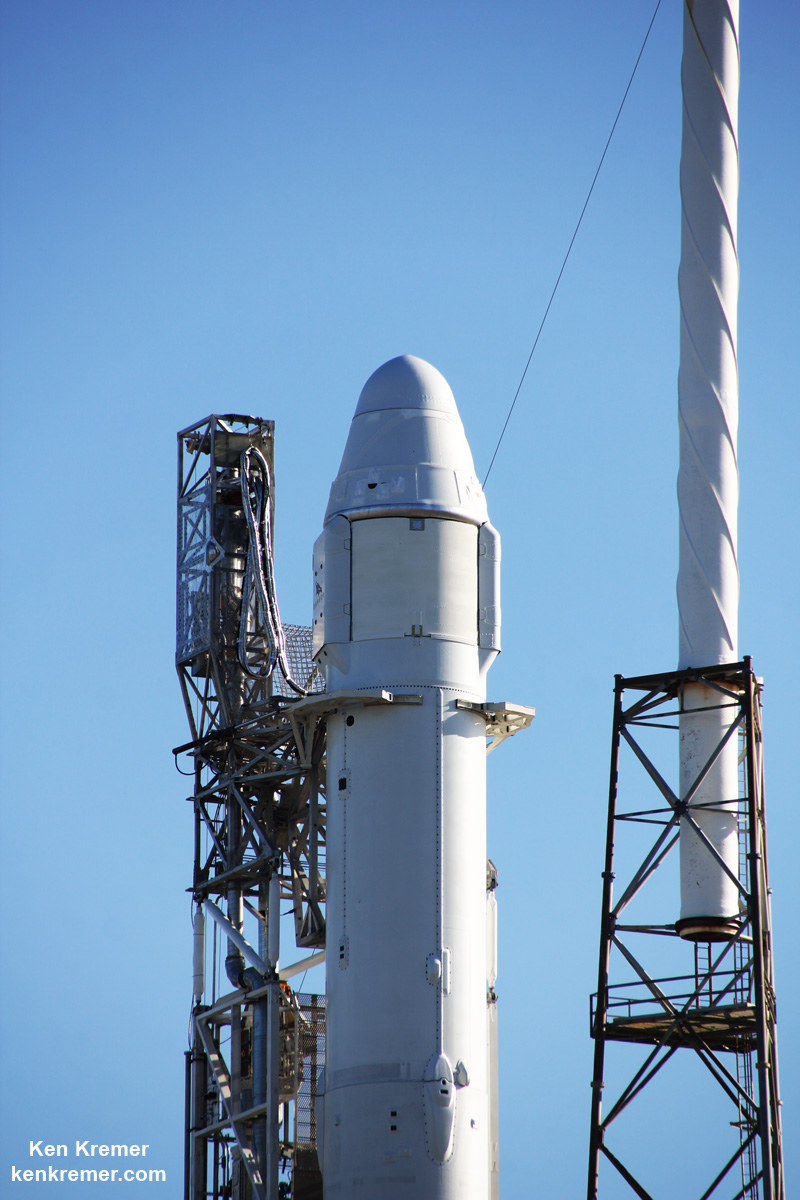 The NanoRacks commercial airlock could potentially launch to the ISS in the trunk of a SpaceX cargo Dragon. This Up close view shows the SpaceX Dragon CRS-9 resupply ship and solar panels sitting atop a Falcon 9 rocket at pad 40 prior to blastoff to the ISS on July 18, 2016 from Cape Canaveral Air Force Station, Florida. Credit: Ken Kremer/kenkremer.com

2017-02-09
Previous Post: Can We Launch Nuclear Waste Into the Sun?
Next Post: This Is The Highest Resolution Image Of Europa We Have … For Now