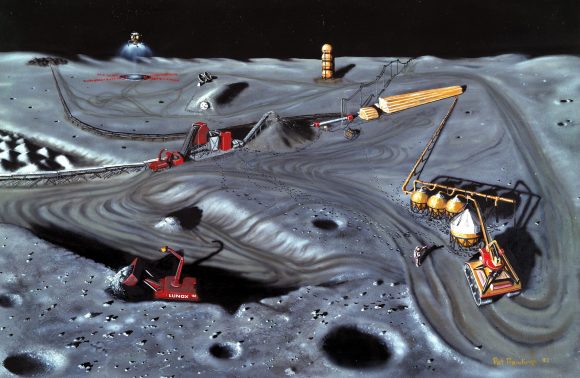 As soon as people learn how inhospitable Mars, Venus, and really the entire Solar System are, they want to know how we can fix it. There’s a word for fixing a planet to make it more like Earth: terraforming.

If you want to fix Mars, all you have to do is thicken and warm up its atmosphere to the point that Earth life could survive. You’d need to do the opposite with Venus, cooling it down and reducing the atmospheric pressure.

But it’s hard to wrap your brain around the scale it would take to do such a thing. We’re talking about an incomprehensible amount of atmosphere to try and modify. The atmospheric pressure on the surface of Venus is 90 times the pressure of Earth. It’s carbon dioxide, so you need some chemical, like magnesium or calcium to lock it away. If you can mine, for example, 4 times the mass of asteroid Vesta, it should be possible.

No, from our perspective, that’s practically impossible. In fact, it’s kind of ironic, when you consider the fact that we’re making our own planet less habitable to human civilization every day.

There’s another path to making another world habitable, however, and that’s changing life itself to be more adaptable to surviving on another world.

Instead of terraforming a planet, what if we terraformed ourselves?

Actually, that’s a really bad term. We’d really be changing ourselves to be better adapted to living on Mars. So we’d be Marsiforming ourselves? Venisfying ourselves? Okay, I’ll need to work on the terminology. But you get the gist.

Life, of course, has been evolving and adapting on Earth for at least 4.1 billion years. Pretty much as soon as life could arise on Earth, it did. And those early lifeforms went on to modify and change, adapting to every environment on our planet, from the deepest oceans, to the mountains. From the deserts to the icy tundra. 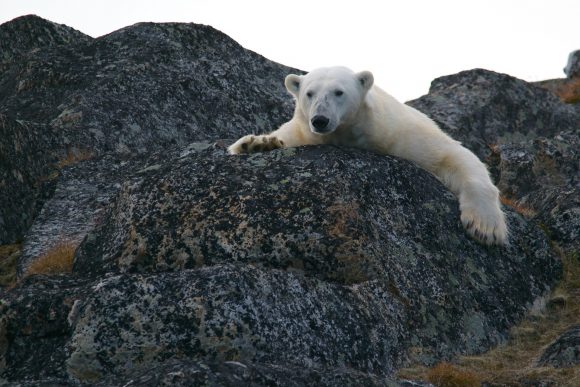 But in the last few thousand years, we’ve taken a driving role in the evolution of life for the domesticated plants and animals we eat and care for. Your pet dog looks vastly different from the wolf ancestor it evolved from. We’ve increased the yield of corn and wheat, adapted fruit and vegetables, and turned chickens into flightless mobile breast meat.

And in the last few decades, we’ve gained the most powerful new tools for adapting life to our needs: genetic modification. Instead of waiting for evolution and selective breeding to get the results we need, we can rewrite the genetic code of lifeforms, borrowing beneficial traits from life over here, and jamming it into the code of life over there. What doesn’t get cooler when it glows in the dark? Nothing, that’s what.

Can we adapt Earth life to live on Mars? It turns out, our toughest life isn’t that far off. During the American Society for Microbiology meeting in 2015, researchers presented how well tough bacteria would be able to handle the conditions on Mars. They found that 4 species of methanogens might actually be able to survive below the surface, consuming hydrogen and carbon dioxide and releasing methane. 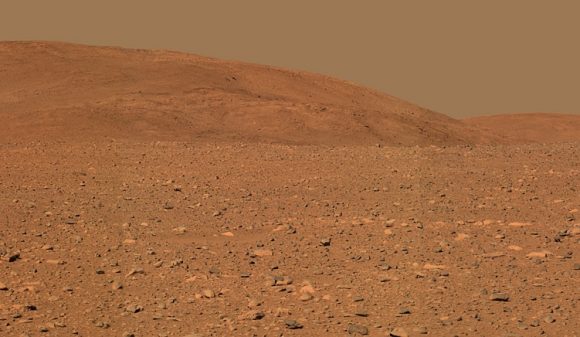 It would still look like a desolate wasteland, but there would be life on Mars even if we have to put it there ourselves. Credit: NASA/JPL

In other words, under the right conditions, there are forms of Earth life that can survive on Mars right now. In fact, as we continue to explore Mars, and learn that it’s wetter than we ever thought, we risk infecting the planet with our own microbial life accidentally.

But when we imagine life on Mars, we’re not thinking about a few hardy methanogens, struggling for life beneath the briny regolith. No, we imagine plants, trees, and little animals scurrying about.

Do we have anything close there that we could adapt?

It turns out there are strains of lichen, the symbiosis of fungi and algae that could stand a chance. You’ve probably seen lichen on rocks and other places that suck for any other lifeform. But according to Jean-Pierre de Vera, with the German Aerospace Center’s Institute of Planetary Research in Berlin, Germany, there are Earth-based lichen which are tough enough.

They put lichen into a test environment that simulated the surface of Mars: low atmospheric pressure, carbon dioxide atmosphere, freezing cold temperatures and high radiation. The only things they couldn’t simulate were galactic radiation and low gravity. 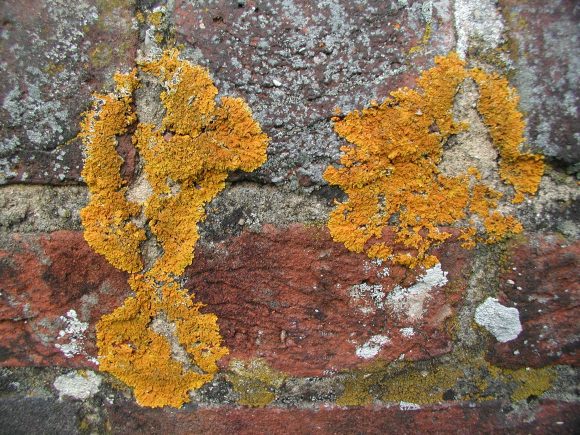 What’s not to lichen about this plan? Credit: Roantrum (CC BY 2.0)

In the harshest conditions, the lichen was barely able to hang on and survive, but in milder Mars conditions, protected within rock cracks, the lichen continued to carry out its regular photosynthesis.

It seems that lichen too is ready to go to Mars.

Methanogens and hardy lichen don’t make for the most thrilling forest canopy. In a second, I’m going to talk about what we can do to tweak life to survive and thrive on Mars. But first, I’d like to thank Zach Kanzler, Jeremy Payne, James Craver, Mike Janzen, and the rest of our 709 patrons for their generous support. If you love what we’re doing and want to help out, head over to patreon.com/universetoday.

If our current life isn’t going to get the job done, well then we’re just going to need to adapt it ourselves. Just like we’ve done in the past, with breeding and more recently with rewriting the DNA itself.

Without dramatically changing the environment of Mars to thicken its atmosphere and boost its temperatures, it’s inconceivable to think that we’ll ever adapt anything more complex than bacteria or lichen to survive outside on Mars. But if those give us a toehold, and other techniques can improve the environment, it’s possible to take incremental steps in that direction. 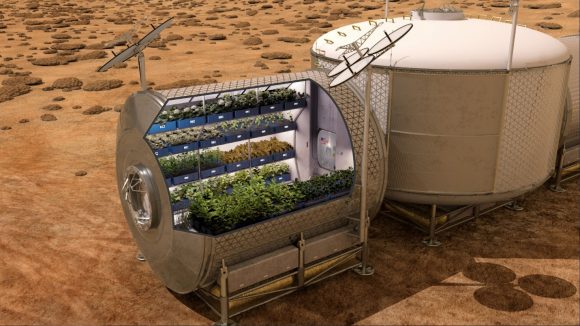 Even within the protected environments of Martian colonies, our current plants and animals probably aren’t up to the task.

The regolith on Mars, for example, contains toxic perchlorates that would kill any Earth-based plants that would try to grow in it. There are Earth-based lifeforms that love perchlorates and it should be possible to create organisms that will strip this toxin out of the regolith and turn it into something useful, like rocket fuel.

Earth-based plants and animals evolved in a 24-hour daily cycle, but a day on Mars is 40 minutes longer than an Earth day. We could grow plants with artificial light, but if we want to use natural Martian light, some adaptation might be required.

Perhaps the biggest risk we face to living on Mars, the one that our technology really can’t help us with is the lower gravity. We don’t know if living in 38% gravity for generations is going to be good for us. We know we can run around on the surface for a few years, but can pregnancy carry to term in this lower gravity?

We just don’t know. In order to find out safely, we’ll need to create rotating space station colonies, where we vary the artificial gravity and see what happens with animals over multiple generations with lower gravity. 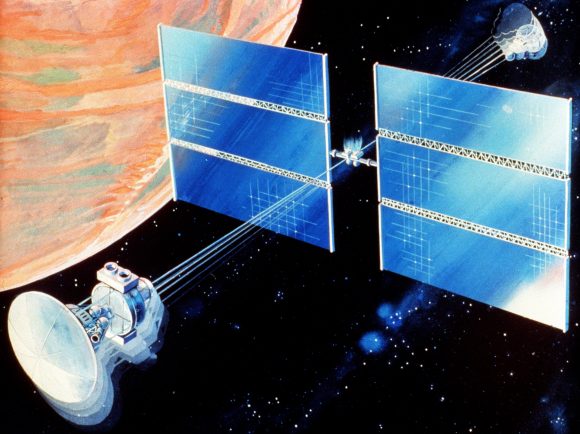 A NASA artist’s concept of a vehicle which could provide an artificial-gravity environment of Mars exploration crews. The piloted vehicle rotates around the axis that contains the solar panels. Levels of artificial gravity vary according to the tether length and the rate at which the vehicle spins. Credit: NASA

If there are health problems, we can take the results of these experiments, and modify genetic code to have better adaptation to this environment. And since humans are animals too, the lessons we learn will help us adapt ourselves to be better prepared to survive on Mars, forever.

Here’s a link to an awesome video from Kurzgesagt about the state of genetic engineering, and the amazing technology that’s just around the corner.

If we are able to change humans to live on Mars, we can probably do the same with other worlds. Image a far future, where human colonies on different worlds are adapted to survive there, using a mixture of technology and genetic manipulation. This will be good and bad. On the good side, human colonies will be able to survive over many generations. On the bad side, they might never be able to live anywhere else in the Solar System without going through the whole adaptation process again.

Would you be willing to change your body permanently to be better adapted to live on another world? Let me know your thoughts in the comments.

The post Could We Marsiform Ourselves? appeared first on Universe Today.