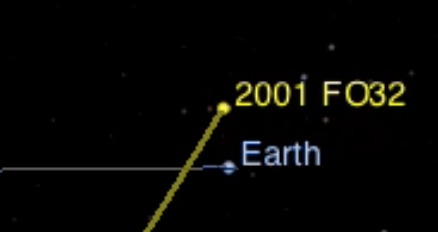 The largest asteroid predicted to pass by our planet in 2021 will be at its closest on March 21, providing astronomers a rare opportunity to get a good look at a rocky relic that formed at the dawn of our solar system.

Called 2001 FO32, the near-Earth asteroid will make its closest approach at a distance of about 1.25 million miles (2 million kilometers) – or 5 1/4 times the distance from Earth to the Moon. There is no threat of a collision with our planet now or for centuries to come.

2021-03-11
Previous Post: Microbes Found That Survive on the by-Products of Radioactive Decay
Next Post: The Oldest Stars Help Tell us how big the Universe is