How Many Planets is TESS Going to Find? 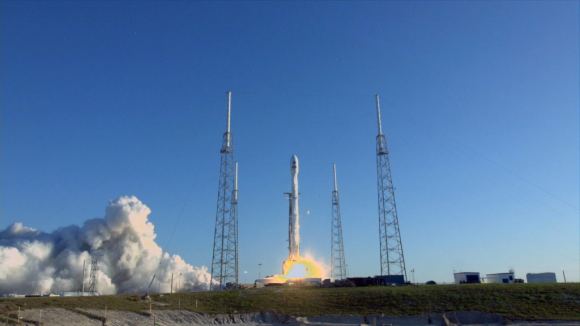 The Transiting Exoplanet Survey Satellite (TESS), NASA’s latest exoplanet-hunting space telescope, was launched into space on Wednesday, April 18th, 2018. As the name suggests, this telescope will use the Transit Method to detect terrestrial-mass planets (i.e. rocky) orbiting distant stars. Alongside other next-generation telescopes like the James Webb Space Telescope (JWST), TESS will effectively pick up where telescopes like Hubble and Kepler left off.

But just how many planets is TESS expected to find? That was the subject of a new study by a team researchers who attempted to estimate just how many planets TESS is likely to discover, as well as the physical properties of these planets and the stars that they orbit. Altogether, they estimate TESS will find thousands of planets orbiting a variety of stars during its two-year primary mission.

The study, titled “A Revised Exoplanet Yield from the Transiting Exoplanet Survey Satellite (TESS)“, recently appeared online. The study was led by Thomas Barclay, an associate research scientist at the NASA Goddard Space Flight Center and the University of Maryland, and included Joshua Pepper (an astrophysicist at Lehigh University) and Elisa Quintana (a research scientist with the SETI Institute and NASA Ames Research Center).

“TESS builds off the legacy of Kepler. Kepler was primarily a statistical mission and taught us that planets are everywhere. However, it wasn’t optimized for finding excellent individual planets for further study. Now that we know planets are common, we can launch something like TESS to search for the planets that we will undertake intensive studies of using ground and space-based telescopes. Planets that TESS will find will on average be 10x closer and 100x brighter.”

For the sake of their study, the team created a three-step model that took into account the stars TESS will observe, the number of planets each one is likely to have, and the likelihood of TESS spotting them. These included the kinds of planets that would be orbiting around dwarf stars ranging from A-type to K-type (like our Sun), and lower-mass M-type (red dwarf) stars.

“To estimate how many planets TESS will find we took stars that will be observed by TESS and simulated a population of planets orbiting them,” said Barclay. “The exoplanet population stats all come from studies that used Kepler data. Then, using models of TESS performance, we estimated how many of those planets would be detected by TESS. This is where we get our yield numbers from.”

The first step was straightforward, thanks to the availability of the Candidate Target List (CTL) – a prioritized list of target stars that the TESS Target Selection Working Group determined were the most suitable stars for detecting small planets. They then ranked the 3.8 million stars that are included in the latest version based on their brightness and radius and determined which of these TESS is likely to observe.

The second step consisted of assigning planets to each star based on a Poisson distribution, a statistical technique where a given number is assigned to each star (in this case, 0 or more). Each planet was then assigned six physical properties drawn at random, including an orbital period, a radius, an eccentricity, a periastron angle, an inclination to our line of sight, and a mid-time of first transit.

Last, they attempted to estimate how many of these planets would generate a detectable transit signal. As noted, TESS will rely on the Transit Method, where periodic dips in a star’s brightness are used to determine the presence of one or more orbiting planets, as well as place constraints on their sizes and orbital periods. For this, they considered the flux contamination of nearby stars, the number of transits, and the transit duration.

Ultimately, they determined with 90% confidence that TESS is likely to detect 4430–4660 new exoplanets during its two years mission:

“The results is that we predict that TESS will find more than 4000 planets, with hundreds smaller than twice the size of Earth. The primary goal of TESS is to find planets that are bright enough for ground-based telescope to measure their mass. We estimate that TESS could lead to triple the number of planets smaller than 4 Earth-radii with mass measurements.”

As of April 1st, 2018, a total 3,758 exoplanets have been confirmed in 2,808 systems, with 627 systems having more than one planet. In other words, Barclay and his team estimate that the TESS mission will effectively double the number of confirmed exoplanets and triple the number of Earth-sized and Super-Earth’s during its primary mission.

This will begin after a series of orbital maneuvers and engineering tests, which are expected to last for about two months. With the exoplanet catalog thus expanded, we can expect that there will be many more “Earth-like” candidates available for study. And while we still will not be able to determine if any of them have life, we may perhaps find some that show signs of a viable atmosphere and water on the surfaces.

The hunt for life beyond Earth will continue for many years to come! And in the meantime, be sure to enjoy this video about the TESS mission, courtesy of NASA:

The post How Many Planets is TESS Going to Find? appeared first on Universe Today.