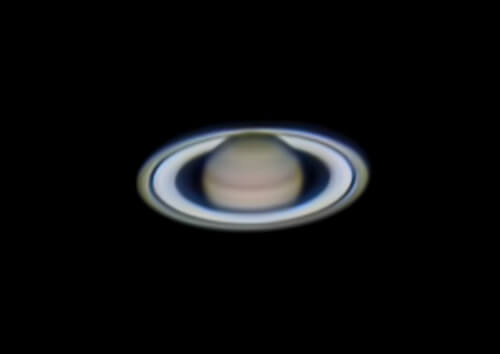 Summertime astronomy leaves observers with the perennial question: when to observe? Here in Florida, for example, true astronomical darkness does not occur until 10 PM; folks further north face an even more dire situation. In Alaska, the game in late July became “on what date can you first spot a bright planet/star? around midnight.

And evening summer thunder showers don’t help. Our solution is to get up early (4 AM or so) when the roiling atmosphere has settled down a bit.

But there’s one reason to stay up late, as the planet Saturn reaches opposition next week on June 15th and crosses into the evening sky.

Southern hemisphere observers have it best this year, as the ringed planet loiters in southern declinations for the next few years. In fact, Saturn won’t pop up over the celestial equator again until April, 2026. You’ll still be able to see Saturn from mid-northern latitudes, looking low to the south. 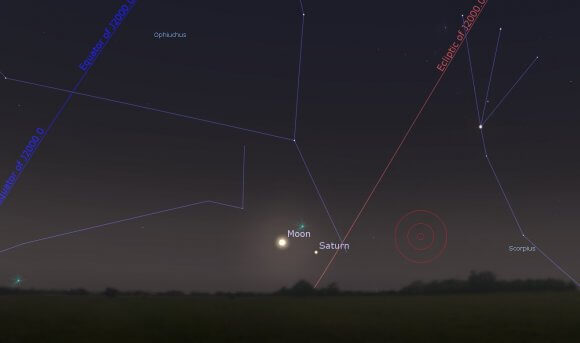 Looking eastward on the evening of June 9th. Credit: Stellarium.

There’s another astronomical curiosity afoot this coming weekend: the MiniMoon for 2017. This is the Full Moon nearest to lunar apogee, a sort of antithesis of the over-hyped “SuperMoon.” Lunar apogee occurs on Thursday, June 8th and the Full Moon occurs just 14 hours after.

2017 sees Saturn traveling from the dreaded “13th constellation” of zodiac Ophiuchus the Serpent Bearer into Sagittarius. This also means that Saturn is headed towards bottoming out near 23 degrees southern declination next year in late 2018. Saturn truly lives up to its “father time” namesake, marking up its slow 29 year passage once around the zodiac. This struck home to us a few years back when Saturn passed Spica in the constellation Virgo, right back where I first started observing the planet as a teenager three decades before. 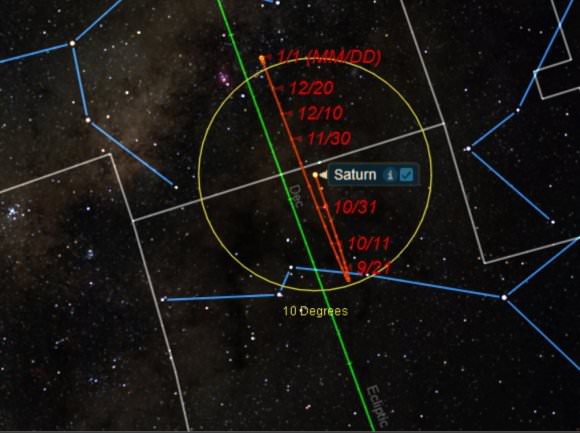 The path of Saturn through the last half of 2017. Credit: Starry Night Education Software.

The rings are also at their widest tilt in 2017, making for an extra photogenic view. 27 degrees wide as seen from our Earthly vantage point is as wide as Saturn’s ring system ever gets. Saturn isn’t really “tipping” back and forth as much as it’s orbiting the Sun and dipping one hemisphere towards us, and then another. In 2017, it’s the planet’s northern hemisphere time to shine. 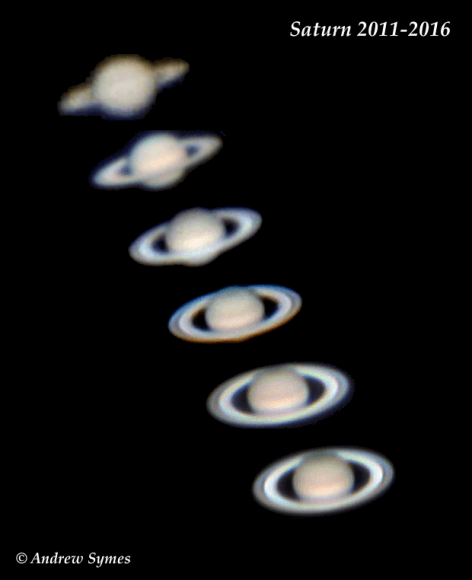 Even a small 60 mm refractor and a low power eyepiece will reveal the most glorious facet of Saturn: its glorious rings. Galileo first saw this confounding view in 1610, and sketched Saturn as a curious double-handled world. In 1655 Christaan Huygens first correctly deduced that Saturn’s rings are a flat plane, fully disconnected from the planet itself.

Crank up the magnification a bit, and the large Cassini Gap in the rings and the shadow play of the rings and the planet becomes apparent. This gives the view an amazing 3-D effect unparalleled in observational astronomy. The shadow cast by the bulk of the planet disappears behind it during opposition, then slowly starts to reemerge to one side after. Other things to watch for include the retro-reflector Seeliger Effect ( also known as opposition surge) as the planet brightens near opposition. And can you spy the bulk of the planet through the Cassini gap? 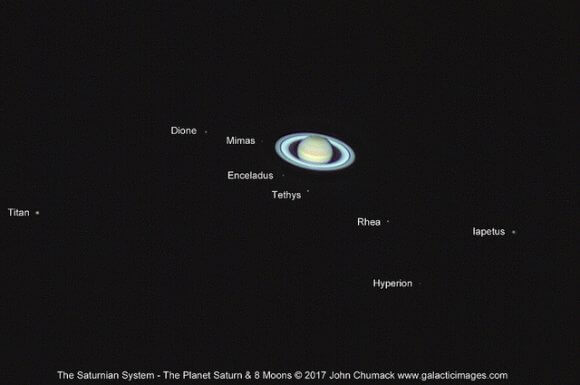 The moons of Saturn. Image credit and copyright: John Chumack

Hunting for Saturn’s moons is also a fun challenge. Saturn has more moons visible to a backyard telescope than any other planet. Titan is easiest, as the +8 magnitude moon orbits Saturn once every 16 days. In a small to medium-sized (8-inch) telescope, six moons are readily visible: Enceladus, Mimas, Rhea, Dione, Iapetus and Tethys. Large light bucket scopes 10” and larger might just also tease out the two faint +15th magnitude moons Hyperion and Phoebe. 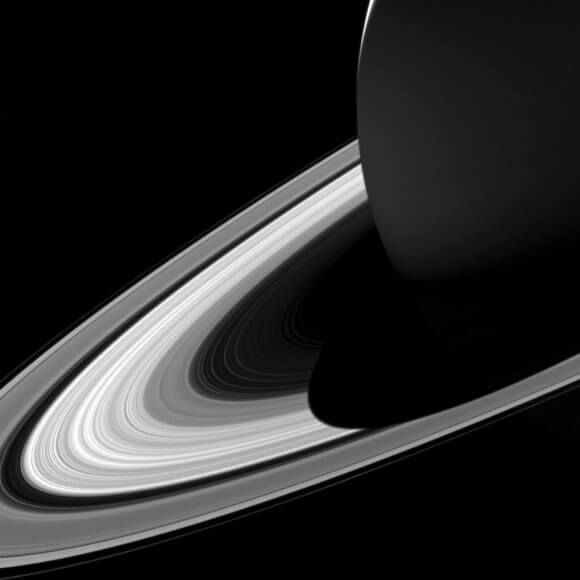 There’s also something else special about Saturn in 2017 in the world of space flight: the venerable Cassini mission comes to an end this September. Hard to believe, this mission soon won’t be with us. Launched in 1997, Cassini arrived at Saturn in in July 2004, and has since provided us with an amazing decade plus of science. The internet and science writing online has grown up with Cassini, and it’ll be a sad moment to see it go.

All thoughts to ponder, as you check out Saturn at the eyepiece this summer.